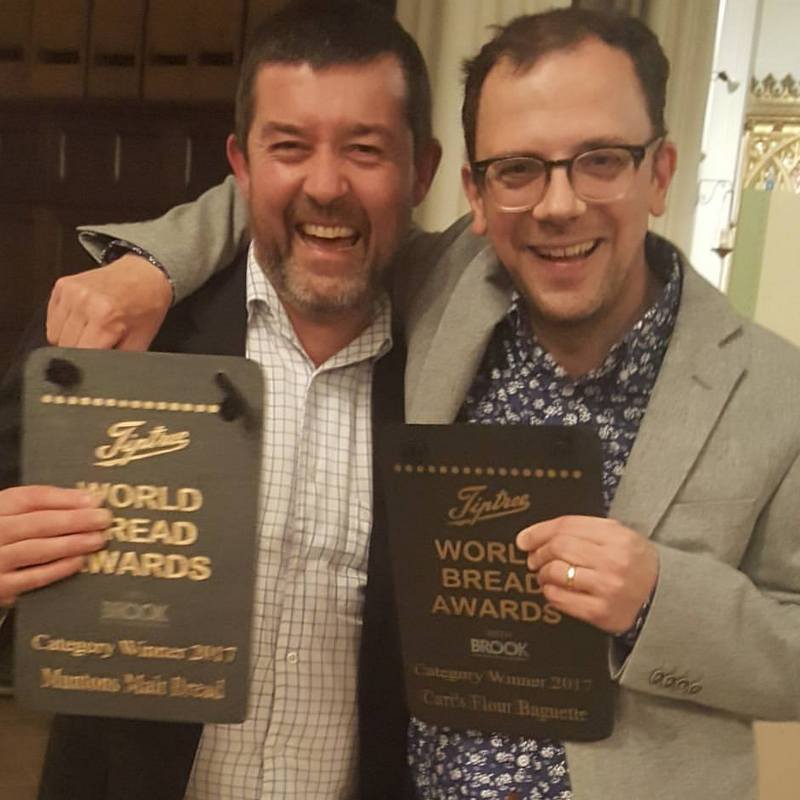 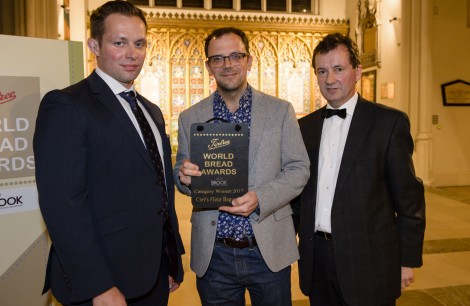 We were thrilled to hear that our Multiseeded Baguette has won the Baguette category in the 2017 World Bread Awards! It was the only baguette in the competition this year to receive a Gold Award. Our Chase Sourdough and Chocolate Loaf also received Gold Awards, and our Poblano Chilli & Cheese Bread, Apricot & Hazelnut Sourdough and Irish Soda Bread all received Silver Awards.

Hundreds of bakers from around the country (possibly the world?!) entered the competition and more than 700 loaves of bread were judged in Westminster last month. The awards ceremony was held on Tuesday 17th October at St John’s Church Hyde Park, London.  Here is a picture of Richard receiving the award.

The Multiseeded Baguette has been developed over the past few months by Richard and and our baking team. We add a mixture of sesame seed, linseed and millet to our long-fermentation baguette dough. The Multiseeded Baguette is currently available in the shop on Saturdays and Sundays. We hope you enjoy it as much as the judges did! 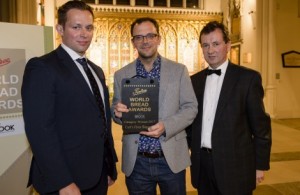 Copyright © 2015, Holtwhites Artisan Bakery & Deli | Website Design by mc+co
We use cookies to ensure that we give you the best experience on our website. If you continue to use this site we will assume that you are happy with it.OkRead more